Keri Lewis is an American singer-songwriter who was the keyboardist / percussionist / rhythm guitarist of the R&B band Mint Condition. He left the group to produce for other artists, such as his wife, singer Toni Braxton. Born on February 12, 1971 in Minneapolis, Minnesota, his full name is Keriston Jamal Lewis. He was educated at Central high school in Saint Paul. He was married to Toni Braxton from 2001 to 2013. 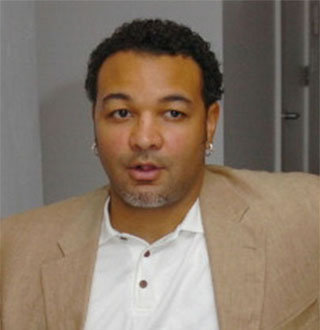 Keri Lewis Facts:
*He was born on February 12, 1971 in Minneapolis, Minnesota, USA.
*His birth name is Keriston Jamal Lewis.
*He was married to Grammy winner singer Toni Braxton from 2001 to 2013.
*Ex-brother-in-law of Towanda Braxton, Tamar Braxton, Trina Braxton, Traci Braxton, and Vince Herbert.
*Ex-son-in-law of Evelyn Braxton.
*Follow him on Twitter and Instagram.