Kether Donohue is an American film, television and theatre actress and singer. She is perhaps best known for her roles as Lindsay in the FXX hit comedy series You’re the Worst and Alice in the musical comedy film Pitch Perfect. In 2012, Donohue starred as Donna Thompson in Barry Levinson’s sci-fi thriller The Bay. For her performance in the FX/FXX series You’re the Worst, she received a Critics’ Choice Television Award nomination for Best Supporting Actress in a Comedy Series in December 2015. She has also done voice work in the Nicktoons Network “anime” series Kappa Mikey, Mew Mew Power, Yu-Gi-Oh! 5D’s, and Dinosaur King. Born on October 31, 1985 in Manhattan, New York, to parents Julia and Agustin Fernandez, she studied at the Anthony Meindl Acting Center, and graduated in 2008 from Fordham University with a degree in film. 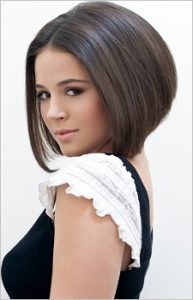 Kether Donohue Facts:
*She was born on October 31, 1985 in Manhattan, New York, USA.
*Her father was born in Cuba, and her mother has Irish ancestry.
*She was only 9 when she started auditioning.
*She studied with famous acting coach Harold Guskin.
*She is best friends with Gigi Graff.
*Visit her official website: www.ketherdonohue.com
*Follow her on Twitter, Facebook and Instagram.