Kevin Jonas is an American musician and actor best known as the lead guitarist of the band the Jonas Brothers, which was created by the youngest brother Nick. Kevin was born Paul Kevin Jonas II in Teaneck, New Jersey, on November 5, 1987 to Denise and Paul Kevin Jonas Sr. He has three younger brothers named Joe, Nick and Frankie. He has been married to Danielle Deleasa since 2009. They have two children. The couple welcomed their first daughter in 2014 and their second daughter in 2016. 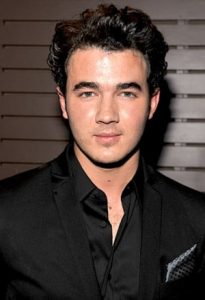