Sean Maher is an American actor best known for his role as Simon Tam in the science fiction television series Firefly. He played Dr. Simon Tam in the movie Serenity. His other credits include “Make It or Break It”, “Human Target”, “The Mentalist”, and “Warehouse 13”. Maher was born on April 16, 1975 in Pleasantville, New York, USA, the son of Joseph and Margaret Maher. He has two adopted children, a daughter and a son, with his husband Paul. 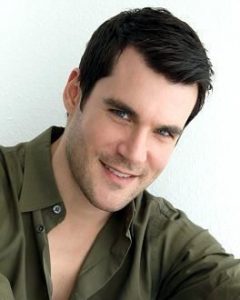 Sean Maher Facts:
*He is of Irish-American descent.
*He is gay.
*He was in a relationship with Sheryl Sutherland from 2001 to 2004.
*Follow him on Twitter and Instagram.