Kieran Culkin is an American actor, best known for his role as Jason “Igby” Slocumb, Jr. in the 2002 American comedy-drama film Igby Goes Down, for which he was nominated for a Golden Globe Award. He is also notable for his role as Wallace Wells in the 2010 romantic action comedy film Scott Pilgrim vs. the World. In 2018, Culkin began starring in the HBO series Succession. His other notable works include Father of the Bride, The Mighty, The Cider House Rules, and Movie 43. 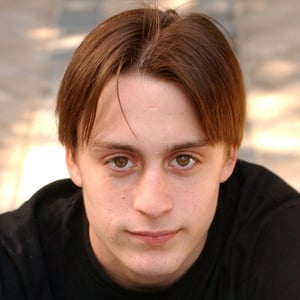 Born Kieran Kyle Culkin on September 30, 1982 in New York, New York, to parents Patricia Brentrup and Christopher ‘Kit’ Culkin, his siblings are Shane, Dakota, Macaulay, Quinn, Christian, and Rory Culkin. Kieran began his career as a child actor, acting alongside his older brother Macaulay in the Home Alone series (1990/1992). Kieran married Jazz Charton in 2013. They have a daughter together.

Kieran Culkin Facts:
*He was born on September 30, 1982 in New York, New York, USA.
*He is of Irish, German, English, Swiss-German, and French descent on his father’s side, and of German and Norwegian descent on his mother’s side.
*He first achieved fame for his role as Fuller McCallister in the Home Alone franchise alongside his older brother Macaulay Culkin.
*He was nominated for a Best Actor Golden Globe Award for his work in Igby Goes Down (2002).
*He dated Emma Stone from October 2010 to June 2011.