Macaulay Culkin is an American actor, musician, and podcaster who is widely regarded as one of the most successful child actors of the 1990s. Culkin rose to prominence as a child actor starring as Kevin McCallister in the family comedy Home Alone (1990) and its sequel Home Alone 2: Lost in New York (1992). He also starred in the films My Girl, The Good Son, The Nutcracker, Getting Even with Dad, The Pagemaster and Richie Rich. Culkin wrote an autobiographical book titled Junior, which was published in 2006. 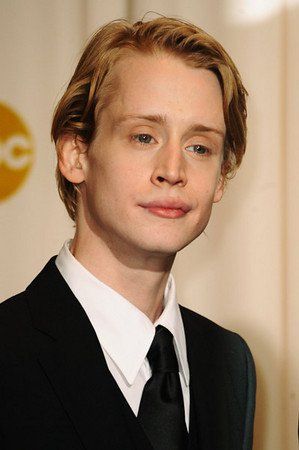 Born Macaulay Carson Culkin on August 26, 1980 in Manhattan, New York, to parents Patricia Brentrup and Christopher ‘Kit’ Culkin, he is the brother of Shane Culkin, Dakota Culkin, Kieran Culkin, Quinn Culkin, Christian Culkin, and Rory Culkin. He was married to actress Rachel Miner from 1998 to 2002. He dated actress Mila Kunis from May 2002 to 2011. In 2017, Culkin started dating actress Brenda Song.

Music group: The Pizza Underground (Since 2013)

Macaulay Culkin Facts:
*Born on August 26, 1980 in Manhattan, New York, his ancestry includes German, Norwegian, Irish, German, English, Swiss-German, and French.
*He was named Macaulay after Thomas Babington Macaulay and Carson after Kit Carson of the Old West.
*He started acting at the age of 4.
*He was placed on VH1’s list of the “100 Greatest Kid-Stars” and on E!’s list of the “50 Greatest Child Stars”.
*He formed a band named “The Pizza Underground” in 2013.
*He lost his virginity at the age of 15.
*Godfather to Michael Jackson’s first child.
*He a big fan of the popular RPG game, World of Warcraft.
*He is a fan of professional wrestling.
*Follow him on Twitter and Instagram.