Kygo is a Norwegian DJ, songwriter and record producer who rose to prominence with his December 2013 remix of the track “I See Fire” by Ed Sheeran and his December 2014 single “Firestone” featuring Conrad Sewell. Kygo released his debut album, Cloud Nine, was released on 13 May 2016 via Sony Music. It reached #1 on Swiss and Norwegian music charts. Kygo’s other notable hit songs include “Stole the Show”, “Here for You” and “Stay”, and “It Ain’t Me”. 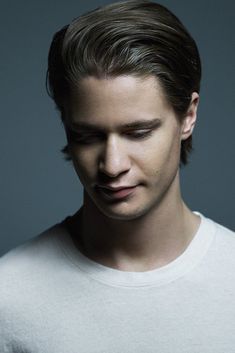 Born Kyrre Gørvell-Dahll on September 11, 1991 in Singapore, to parents Kjersti and Lars Gørvell-Dahll, he has two older sisters, Johanne and Jenny, and a younger half-brother named Sondre. Kygo attended Heriot-Watt University in Edinburgh in order to earn a degree in business and finance, but dropped out to focus on his music career.

Kygo Facts:
*He was born on September 11, 1991 in Singapore.
*He started taking piano lessons at age six.
*He began his music career by uploading his remixes on the SoundCloud.
*In 2015, Kygo became the fastest artist to reach 1 billion streams on Spotify, and by June 2016, he had reached 2 billion streams on Spotify.
*He has his own line of headphones that have been branded by his name.
*Visit his official website: www.kygomusic.com
*Follow him on Twitter, YouTube, SoundCloud, Facebook and Instagram.