Trevante Rhodes is an American actor, best known for his 2016 performance as Chiron in the Academy Award-winning film Moonlight. He has also appeared in the films Smartass, 12 Strong, The Predator, and Bird Box. His television credits include If Loving You Is Wrong, Gang Related, and Westworld. 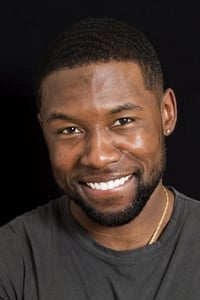 Born Trevante Nemour Rhodes on February 10, 1990 in Ponchatoula, Louisiana, to parents Jessi and Demour Dangelo, he has one brother named Giovanni. In 2008, Rhodes graduated from the Little Elm High School in Texas, and graduated from the University of Texas where he studied kinesiology.

Trevante Rhodes Facts:
*He was born on February 10, 1990 in Ponchatoula, Louisiana, USA.
*In his youth, Rhodes was an accomplished track and field sprinter, winning a gold medal at the Pan American Junior Athletics Championships in 2009.
*He made his television debut on the series Gang Related in 2014.
*He played Chiron in the 2016 film Moonlight.
*He appeared in Jay-Z’s music video “Family Feud” in 2017.
*Follow him on Twitter, Facebook and Instagram.