Lady Kitty Spencer is a British fashion model and socialite, best known as the niece of the late Princess Diana. She made her professional modeling debut in 2015 in a December issue of Tatler. She’s represented by Storm Management. She has worked for brands including Dior, Schiaparelli, and, of course, Dolce & Gabbana. In June 2017, she was the covergirl of Hello Fashion Monthly and was featured on the cover of Vogue Japan. She also modeled for the jewelry designer, modeling the brand’s “Diva’s Dream” diamond necklace. Born Kitty Eleanor Spencer on 28 December 1990, in London, England, she is the eldest daughter of the late Princess Diana’s brother, Charles Spencer, 9th Earl Spencer and his first wife, Victoria Lockwood. She has three younger siblings and four younger half-siblings through her father’s second marriage to Caroline Freud and third marriage to Karen Villeneuve. She studied psychology, politics, and English literature at the University of Cape Town in South Africa and got her masters in luxury brand management from the European business school at Regent’s University London. She is a first cousin of Prince William, Duke of Cambridge, and Prince Harry, Duke of Sussex. 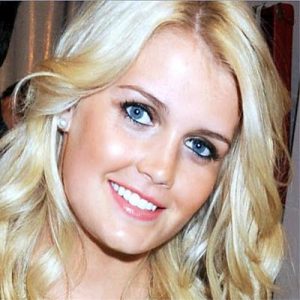 Lady Kitty Spencer Facts:
*She was born on December 28, 1990 London, England.
*Her father, Charles Edward Maurice Spencer, 9th Earl Spencer, is a British nobleman, peer, author, journalist, and broadcaster, and was the younger brother of Diana, Princess of Wales.
*She appeared with her mother on the cover of Harper’s Bazaar UK in 1992, when she was just one year old.
*Her parents got divorced in 1997.
*She is signed with Storm Model Management.
*She was named an ambassador for Centrepoint in 2016.
*In May 2018, Luxury jewelry Bulgari named her as its latest UK brand ambassador.
*She has a cat named ‘Baby D.’
*Follow her on Instagram.