Lamar Odom is an American former professional basketball player who won two NBA championships with the Los Angeles Lakers in 2009 and 2010 and was named the NBA Sixth Man of the Year in 2011. He also played for the Los Angeles Clippers, Miami Heat, Dallas Mavericks, and the Spanish team Laboral Kutxa Baskonia. Odom played on the United States national team, winning a bronze medal in the Olympics in 2004 and a gold medal in the FIBA World Championship (later known as the World Cup) in 2010. 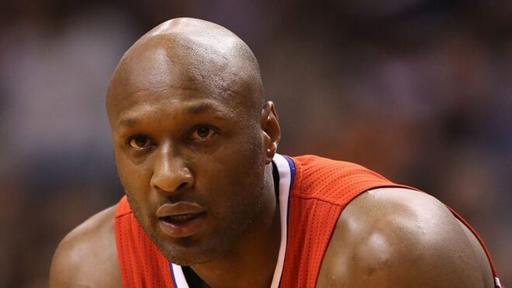 Born Lamar Joseph Odom on November 6, 1979 in South Jamaica, New York, to parents Cathy Mercer and Joe Odom, his father was a heroin addict, and his mother died of colon cancer when Odom was only twelve years old. He played college basketball for the University of Rhode Island, earning all-conference honors during his only season in the Atlantic 10 Conference before turning professional. He was married to media personality, socialite, and model Khloe Kardashian from 2009 to 2016. The couple had their own reality show titled Khloe and Lamar. On November 11, 2019, Odom announced his engagement to fitness guru Sabrina Parr after 3 months of dating, but they have since broken up.

Lamar Odom Facts:
*He was born on November 6, 1979 in South Jamaica, New York, USA.
*His mother passed away when he was 12 years old.
*He played AAU basketball as a youth with Metta World Peace and Elton Brand.
*He made his NBA debut on November 2, 1999.
*He was named Parade Magazine’s 1997 National Player of the Year.
*He was married to television star Khloe Kardashian from 2009 to 2016.
*He was hospitalized after being discovered unconscious at the Love Ranch South brothel in Crystal, Nevada on October 13, 2015.
*He is the owner of Rich Soil Entertainment, a music and movie production company.
*He is childhood friends with Mr. Cheeks.
*Visit his official website: www.lamarodomcollection.com
*Follow him on Twitter, Facebook and Instagram.