Lance Burton is an American magician who performed more than 15,000 shows in Las Vegas for over 5,000,000 people. He was twice awarded Magician of the Year by the Academy of Magical Arts. Burton ended his 31-year Vegas show in 2010. Born William Lance Burton on March 10, 1960 in Columbia, Kentucky, he first became interested in magic at the age of 5 when volunteering for a show by magician Harry Collins at a Christmas party at his mother’s workplace, the Frito-Lay factory. In August 1993, Burton married fellow magician Melinda Saxe. However, the marriage was short-lived and they divorced a year later. 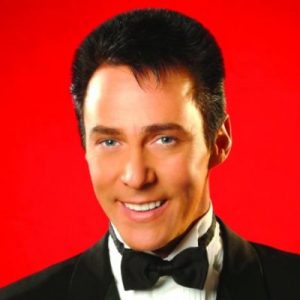 Lance Burton Facts:
*He was born on March 10, 1960 in Columbia, Kentucky, USA.
*He became interested in magic at the age of 5.
*He performed for President Reagan during his time in the Oval Office.
*He also performed for Queen Elizabeth.
*In 1991, Burton wrote, produced, and directed his own show, which opened at the Hacienda Hotel and ran for five years.
*He appeared on the 2006 Labor Day Weekend Jerry Lewis MDA Telethon.
*His favorite car is the Corvette.
*He is good friends with famous Illusionist Criss Angel.
*He loves to read Anne Rice.
*He was briefly married to magician Melinda Saxe in August 1993.
*Visit his official website: www.lanceburton.com
*Follow him on Twitter, Facebook and Instagram.