Landon Liboiron is a Canadian actor of film and television. He is best known for portraying Declan Coyne on the long-running teen television series Degrassi: The Next Generation from 2009 to 2010, and as Peter Rumancek on the Netflix horror series Hemlock Grove from 2013 to 2015. He has appeared in several films, including Altitude (2010), The Howling: Reborn (2011), Girl in Progress (2012), Burning Bodhi (2015), and Truth or Dare (2018). He currently stars as Michael Smyth in Discovery Canada’s Frontier. Born Landon Ryan Liboiron on March 10, 1991, in Jenner, Alberta, Canada, to parents Lorraine Mack and Marcel Liboiron, he was raised alongside two older brothers, Blake and Lance Liboiron. He belongs to Polish, French-Canadian, German, and Swiss-German descent. He made his screen debut with a small role in the 2006 short Broken House. 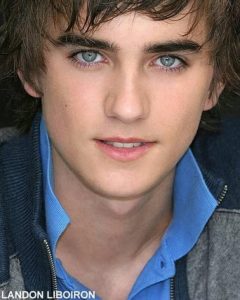 Landon Liboiron Facts:
*He was born in Jenner, Alberta, Canada on March 10, 1991.
*His mother, Lorraine Mack Liboiron, is an artist.
*He is friends with fellow Canadian actor Avan Jogia.
*Follow him on Twitter and Instagram.