Ryan Hurd is an American country music singer and songwriter who has written No. 1 singles for Blake Shelton, Lady A, and Luke Bryan. He has also recorded for RCA Records Nashville. In 2015, Hurd wrote Blake Shelton’s “Lonely Tonight”, which received a Grammy Award nomination for Best Country Duo/Group Performance. Hurd was featured on Rolling Stone Country’s “Artists You Need to Know” list with his debut EP Panorama, and CMT named him one of their “Listen Up” Artists of 2016. He married fellow country singer Maren Morris in March 2018. Together they have one son, Hayes Andrew Hurd. 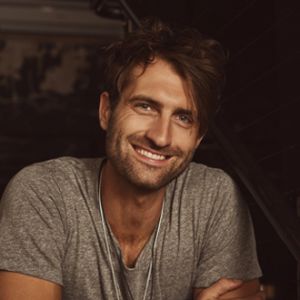 Ryan Hurd Facts:
*He was born on November 2, 1986 in Kalamazoo, Michigan, USA.
*He released his debut single “Love in a Bar”, in 2017.
*He released his self-titled EP in April 2017.
*He met his future wife Maren Morris while writing the ballad “Last Turn Home” for Tim McGraw.
*Visit his official website: www.ryanhurd.com
*Follow him on Twitter, YouTube, Facebook and Instagram.