Lauren Hammersley is a Canadian actress. She is best known for her portrayal of Lisa Mason on CBC’s Television sitcom Mr. D, and for her role as Adele in the science fiction thriller television series Orphan Black. Hammersley played Mary in the 2006 horror thriller film Bloody Mary, written and directed by Richard Valentine. In 2019, she began starring in the Netflix series Virgin River. 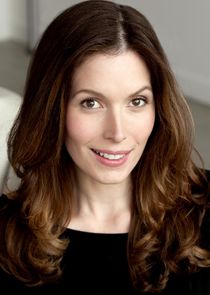 Lauren Hammersley Facts:
*She was born in 1971 in Campbell River, British Columbia, Canada.
*She starred as Lisa Mason in the CBC Television sitcom Mr. D.
*She currently resides in Toronto.
*Follow her on Twitter and Instagram.