Lee McQueen is a British entrepreneur who won the fourth series of the UK version of reality TV show The Apprentice in which 16 candidates fought to be the winner of a £100,000 a year job working for Lord Sugar. He regularly appears as a co-host on Love Sport Radio’s Tottenham Fans Show. He is married and lives in Oxfordshire with his wife and three daughters. 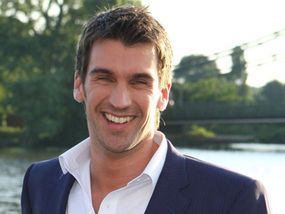 Lee McQueen Facts:
*Born in Perivale, United Kingdom, he is the son of a milkman.
*He grew up in North London.
*He attended Queensmead School, in South Ruislip.
*He spent 10 years in the recruitment industry.
*He was the winner of the fourth series of the British television show The Apprentice.
*He has his own company called Raw Talent Academy.
*Visit his official website: www.leemcqueen.com
*Follow him on Twitter and Instagram.