Lena The Plug is an American Youtuber, vlogger, model, and fitness enthusiast. She is best known for her videos on her YouTube channel ‘Lena The Plug’, where she has more than 1.5 million subscribers and growing. She has been posting vlogs about fitness tutorials, Q&As, challenges, and her daily life. Born on June 1, 1991 in California, her real name is Lena Nersesian. She attended University of California, Santa Cruz and obtained a Bachelor of Science in Psychology. She began her YouTube channel in August 2016 and uploaded her first video, titled “Hi, I’m Lena The Plug :)”, on December 2, 2016. She has been in a relationship with BMX rider Adam John Grandmaison (a.k.a. Adam22). 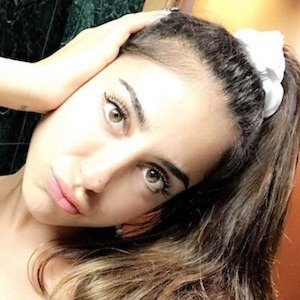