Leonardo Spinazzola is an Italian professional footballer who plays for Serie A club Roma and the Italy national team as a left-sided midfielder or wing-back. Spinazzola started his career at Siena’s youth setup, and joined Juventus in a temporary deal, being assigned to the Primavera squad in 2010. He was signed for a €29.5 million on a four-year deal with Roma in July 2019. Spinazzola made his senior international debut for the Italy national football team in March 2017, and was included in Italy’s squad for UEFA Euro 2020. 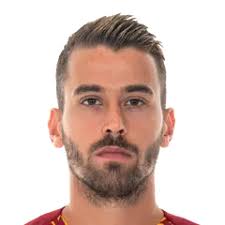