Nancy Cartwright is an American actress and voice actress. She is best known for voicing Bart Simpson on the animated series The Simpsons (as well as other characters on the show such as Nelson Muntz, Ralph Wiggum, Todd Flanders, Kearney, Database, and Maggie). Cartwright has had voice roles in several other programs, including Daffney Gillfin in Snorks, Rufus in Kim Possible, Mindy in Animaniacs, Pistol in Goof Troop, Margo Sherman in The Critic, Todd Daring in The Replacements, and Charles “Chuckie” Finster Jr. in Rugrats and All Grown Up!. She wrote and produced the 2017 film In Search of Fellini. 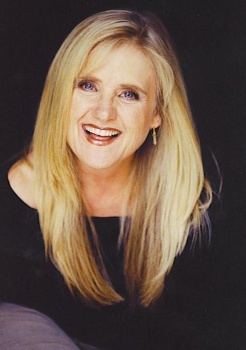 Born Nancy Jean Cartwright on October 25, 1957 in Dayton, Ohio, to parents Miriam and Frank Cartwright, she is the fourth of six children. Nancy did her schooling from Fairmont West High School and accepted a scholarship from Ohio University. She also attended University of Los Angeles (UCLA), where she earned a degree in theatre. Nancy married Warren Murphy in December 1988. They had two children, Jack and Lucy, before divorcing in 2002. In September 2015, Murphy died at age 81.

Books: My Life as a 10-Year-Old Boy, Henry’s Adventure at the Franklin Hotel, Header My Life As A Ten Year Old Bo

Nancy Cartwright Facts:
*Born on October 25, 1957 in Dayton, Ohio, she grew up in Kettering, Ohio.
*She trained to be a voice actor while attending college at UCLA.
*She provided the voice of Bart Simpson on the animated television series The Simpsons.
*She published her autobiography, My Life as a 10-Year-Old Boy, in 2000 and four years later, adapted it into a one-woman play.
*She became a Scientologist in 1991.
*She co-founded the Know More About Drugs alliance.
*She is a lifelong Democrat.
*Visit her official website: www.nancycartwright.com
*Follow her on Twitter, YouTube, Facebook and Instagram.