Ryan Gosling, born November 12, 1980, is a Canadian actor and musician who began his career as a child star on the Disney Channel’s Mickey Mouse Club. He is best known for his film roles in ‘Crazy, Stupid, Love,’ ‘The Notebook,’ and ‘La La Land.’ Ryan has also appeared in Half Nelson, Blue Valentine, Crazy, Stupid, Love, The Ides of March and The Big Short. He received Academy Award nominations for Best Actor for his roles in La La Land and Half Nelson. He was born in London, Ontario, Canada as Ryan Thomas Gosling. He is the son of Donna and Thomas Gosling, and has an older sister, Mandi Gosling. He belongs to English, French-Canadian, Scottish, and German descent. He has been in relationships with actress Eva Mendes since 2011. They have two daughters named Esmeralda Amada and Amada Lee. 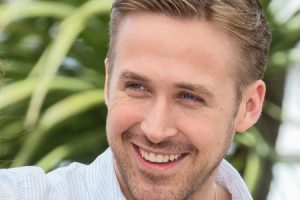 Ryan Gosling Facts:
*He was raised as a Mormon.
*He moved to Los Angeles, California when he was 16.
*He has two daughters with Eva Mendes.
*He plays guitar, keyboard, bass guitar, and sings vocals for the indie rock band Dead Man’s Bones.
*People Magazine named him one of the top 50 Hottest Bachelors in the World in 2004.
*Follow Ryan on Twitter.