Actress Linda Gray was born Linda Ann Gray on September 12, 1940 in Santa Monica, California, the daughter of Marjorie and Leslie Gray. She is best known for her role as Sue Ellen Ewing, the long-suffering wife of Larry Hagman’s character, on the long-running CBS television drama series Dallas (1978–1989), for which she was nominated for the 1981 Primetime Emmy Award for Outstanding Lead Actress in a Drama Series. The role also earned her two Golden Globe Award nominations. She was previously married to Edward Lee Thrasher. She is with the height 5 feet 7½ inches in tall. She wears a size 8.5 shoe and her zodiac sign is Virgo. 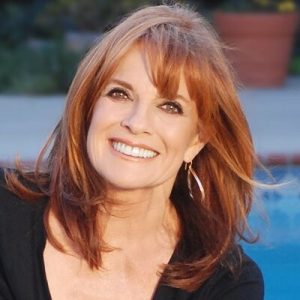 Linda Gray Facts:
*Grandsons: Ryder Sloane and Jack Sloane
*Mother-in-law of producer Lance Sloane.
*Owns a production company: LG Productions, Inc.
*She was voted “Woman of the Year” in 1982 from the Hollywood Radio and Television Society.
*Served as a goodwill ambassador for the United Nations.
*Her daughter, Kehly Sloane, was Miss Golden Globe 1997.
*Follow her on Twitter, Facebook and Instagram.