Linda Ronstadt is an American singer, songwriter and musician, widely known as the The Queen of Country Rock, and is an eleven-time Grammy Award winner. Ronstadt was born on July 15, 1946 as Linda Maria Ronstadt in Tucson, Arizona, USA. She is daughter to Gilbert Ronstadt, a prosperous machinery merchant who ran the F. Ronstadt Co., and Ruth Mary Ronstadt, a homemaker. In the mid-1970s, she dated Governor Jerry Brown, and was engaged to Star Wars director George Lucas in the mid-1980s but never married. 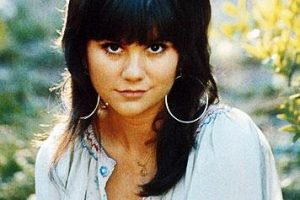 Linda Ronstadt Facts:
*She has received 11 Grammy Awards.
*She was once engaged to George Lucas.
*She was placed #21 on VH1’s 100 Greatest Women of Rock N Roll.
*Follow her on Myspace.