Tara Reid is an American actress and model. She is most famous for her portrayal of Vicky in the American Pie films. She can also be recognized for her role as Bunny Lebowski in the 1998 film The Big Lebowski. She made her film debut in 1987 as Amanda in A Return to Salem’s Lot. Her other movie credits include Alone in the Dark, Urban Legend, Van Wilder, Dr. T & the Women, Josie and the P*ssycats, Van Wilder and My Boss’s Daughter. She played April Wexler in the television film Sharknado series (2013-2017). Born as Tara Donna Reid in Wyckoff, New Jersey, on November 8, 1975, to Tom and Donna Reid, her parents were teachers and the owners of a day-care centre. She belongs to Irish, Italian, French, Hungarian and English descent. She was in a relationship with Zachary Kehayov and musician Erez Eisen. 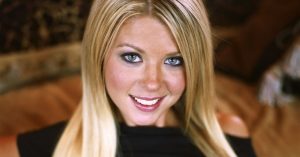 Tara Reid Facts:
*She was born and raised in in Wyckoff, New Jersey.
*She started her acting career at the age of 6.
*Stuff magazine named her one of the top 102 Sexiest Women in the World in 2002. (#49)
*In 2002, she was featured as #4 in Maxim Magazine’s “Hot 100 of 2002” supplement.
*She is a good friend of Paris Hilton.
*She is a big fan of Philadelphia Eagles.
*She was once engaged to Carson Daly.
*Follow her on Twitter, Facebook and Instagram.