Lucas Black is an American actor of film and television. He is best known for his portrayal of Caleb Temple on CBS’s American Gothic, and for his role as Christopher LaSalle on CBS’s NCIS: New Orleans. His notable film appearances include: Sling Blade, Flash, Crazy in Alabama, All the Pretty Horses, Friday Night Lights, Jarhead, The Fast and the Furious: Tokyo Drift, Get Low, Legion, and Seven Days in Utopia. Born Lucas York Black on November 29, 1982 in Speake, Alabama, to parents Jan Gillespie and Larry Black, he was raised a Southern Baptist. He has two older siblings, a sister named Lori, and a brother, Lee. Black grew up in Speake, Alabama, played football for the Speake Bobcats, and graduated from high school in 2001. He is married to Maggie O’Brien with whom he has three children. 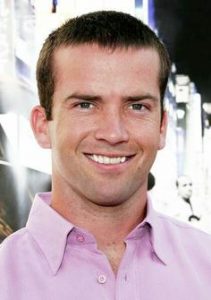 Lucas Black Facts:
*He was born on November 29, 1982 in Speake, Alabama, USA.
*He briefly worked as a Calvin Klein jeans model.
*He made his film debut in Kevin Costner’s film The War (1994).
*He played Caleb Temple in the CBS television series American Gothic from 1995 to 1996.
*From 2014 to 2019, he played Special Agent Christopher Lasalle in the series NCIS: New Orleans.
*He is a supporter of the Alabama Crimson Tide football team.
*He enjoys playing basketball and football.
*Follow him on Twitter and Instagram.