Lucas Cordalis is a German singer, best known for his hit singles “I Have a Dream”, “Children of the Future” and “Magic Summernight”. He has won the German music award Schlagerdiamant and the Goldene der Ard Television Award. In 2018 Cordalis won the second season of Global Gladiators. Born on August 7, 1967 in Frankfurt, Germany, he is the son of the Greek-German schlager singer Costa Cordalis and his wife Ingrid. He is married to Daniela Katzenberger, with whom he has one daughter, Sophia Cordalis. 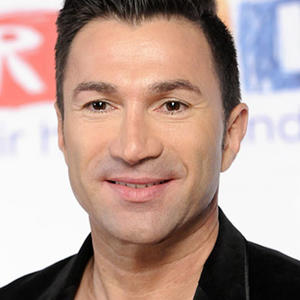 Lucas Cordalis Facts:
*He was born on August 7, 1967 in Frankfurt, Germany.
*He is the son of Greek-German schlager singer Costa Cordalis.
*He released his debut single “Satellite” in 1992.
*He released his debut album Viva La Noche in 1997.
*In 2002, he founded his own record label Supersonic Entertainment in Mallorca.
*Visit his official website: www.lucascordalis.com
*Follow him on Twitter, YouTube, Facebook and Instagram.