Mark Charnock is a British actor, best known for his role as Marlon Dingle in ITV’s Emmerdale, a part that he has played since 1996. In 2004, Charnock won the award for ‘Best Dramatic Performance’ at the British Soap Awards for the storyline where Marlon was forced to switch off the life-support of his wife, Tricia Dingle. Born on August 28, 1968 in Bolton, Lancashire, England, he attended Canon Slade School, Hull University and Webber Douglas Academy of Dramatic Art. Charnock made his television debut in 1992 playing the role of of ‘Duane’ in an episode of 2point4 Children. He once dated co-star Charley Webb. 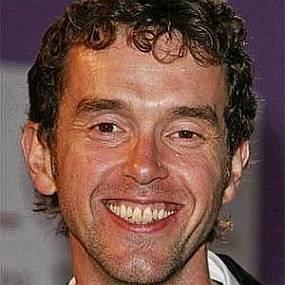 Mark Charnock Facts:
*He was born on August 28, 1968 in Bolton, Lancashire, England, UK.
*He made his television debut in 1992.
*Since 1996, Charnock has played the role of Marlon Dingle in the ITV soap opera Emmerdale.
*He is an avid supporter of English Fooltball Club, Manchester United.
*Follow him on Twitter and Instagram.