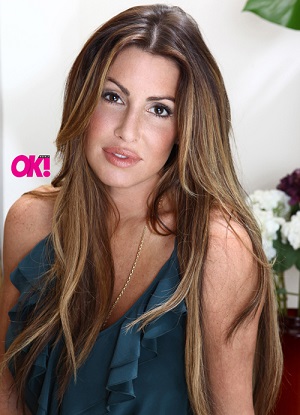 Rachel Uchitel is an American nightclub manager, hostess, TV correspondent, and media personality who was a cast member in the fourth season of the VH1 reality television program Celebrity Rehab with Dr. Drew which documents notable persons being treated for substance abuse. She has worked as a VIP hostess at The Venetian in Las Vegas, Nevada.

Born on January 29, 1975 in Anchorage, Alaska, Uchitel is the daughter of Robert N. Uchitel and the granddaughter of Maurice Uchitel, a restaurant and nightclub owner born in the Russian Empire. She attended Millbrook School and earned a degree in psychology from the University of New Hampshire in 1996. She first gained attention when, following the September 11 attacks, a photo of her holding a picture of her fiancé, who worked in the World Trade Center, was published by the New York Post and circulated worldwide.

She was married to Matthew A. Hahn from 2011 to 2014 and Steven Ehrenkranz from 2004 to 2005. She has a daughter named Wyatt Lilly. In late 2009, The National Enquirer published a story that alleged that Uchitel had had an extramarital affair with American professional golfer Tiger Woods at the Australian Masters, an allegation Uchitel denied to the Associated Press.

Rachel Uchitel Facts:
*She was born on January 29, 1975 in Anchorage, Alaska, USA.
*Her father died when Uchitel was 15.
*She was educated at Millbrook School and University of New Hampshire.
*After college, she worked as a producer for Bloomberg Television for 5 years.
*She appeared on Celebrity Rehab with Dr. Drew in 2010.
*She made headlines again in 2010 as one of golfer Tiger Woods’ alleged mistresses.
*Her attorney is Gloria Allred.
*Follow her on Twitter, Facebook and Instagram.