Tara Fitzgerald is a British actress of stage, film and television. She starred as Ophelia in Hamlet at London’s Almeida Theatre, for which she won the New York Drama Desk Award for Outstanding Featured Actress. For her portrayal of Lady Dona St Columb in Frenchman’s Creek, she won the Best Actress Award at The Reims International Television Festival in 1999. She also played Dr. Eve Lockhart in the BBC television series Waking the Dead and appeared in the HBO series Game of Thrones. Born Tara Anne Cassandra Fitzgerald on September 18, 1967 in Cuckfield, Sussex, England, to parents Sarah and Michael Callaby, she is of Italian descent on her father’s side, and of Irish descent on her mother’s side. Fitzgerald’s parents separated when she was four years old, and her mother then married actor Norman Rodway. She studied acting at Drama Centre London. She was married to American actor-director John Sharian from 2001 to 2003. 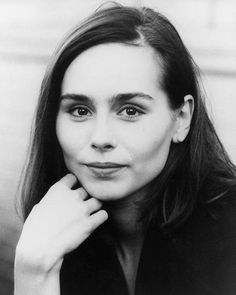 Tara Fitzgerald Facts:
*She was born on September 18, 1967 in Cuckfield, Sussex, England, UK.
*She is the daughter of Michael and Sarah Callaby.
*She is the grand-niece of Geraldine Fitzgerald, and ex-stepdaughter of Norman Rodway.
*She spent part of her childhood in the Bahamas.
*Her father died when Fitzgerald was 11.
*She is acrophobic.