Mae Whitman is an American actress of film and television and voice actor. She is best known for television roles as Amber Holt on the NBC series Parenthood and Ann Veal on the Fox sitcom Arrested Development. She has also done voice work in American Dragon: Jake Long, Avatar: The Last Airbender, Disney Fairies franchise, Johnny Bravo, Teenage Mutant Ninja Turtles, and in the video game Kingdom Hearts II. Born Mae Margaret Whitman on June 9, 1988 in Los Angeles, California, USA, she is the only child of actress Pat Musick and Jeffrey Whitman. She belongs to English and German descent. She was educated at Ribet Academy and Whitefish Bay High School. She began her television career at age three, appearing in a Tyson chicken commercial. She made her acting debut at at the age of six in Meg Ryan’s movie When a Man Loves a Woman. She was once in a relationship with singer/songwriter Landon Pigg. 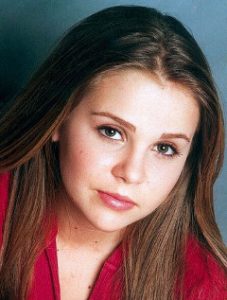