Maguy Bou Ghosn is a Lebanese actress and singer. She is best known for roles such as Jihane in Metel El Kezeb, Sawsan in Akher Khabar, Hiba in Auberge, Dalia in Duo Al Gharam, Badiaa in BeBe, Zmorod in Vitamin, Haya in 24 kirat, Dahab in Al Sayida al taniya, Jana in Ya Rayt, and Julia in Julia. Ghosn is a Murex d’Or winner. Born on September 18, 1979 in Matn District, Lebanon, she studied acting and directing at the Lebanese University. Maguy started her acting career in Syrian Drama. She made her breakthrough in Lebanon with the drama TV series “Asr el Hareem” in 2008, and “Metel El Kezzeb” in 2011. She is married to Jamal Sannan, with whom she has two children: Ryan and Yara. 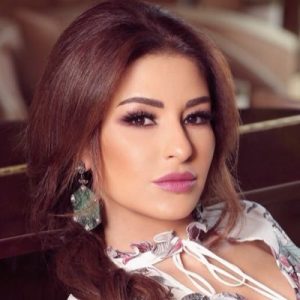 Maguy Bou Ghosn Facts:
*She was born on September 18, 1979 in Matn District, Lebanon.
*She wanted to be singer from childhood.
*She made her acting debut in 2000.
*She is a Murex d’Or winner
*Follow her on Twitter, Facebook and Instagram.