Malavika Mohanan is an Indian actress who works predominantly in Tamil and Malayalam films, in addition to Kannada and Hindi films. She is known for her roles in the films Pattam Pole, Nirnayakam, Naanu Mattu Varalakshmi, Beyond the Clouds, and Master. She has appeared for several advertisements under leading brands such as Hero Honda and Mathrubhumi Yathra. Born on August 4, 1993 in Payyanur, India, she is the daughter of cinematographer K. U. Mohanan. She earned her degree in Mass Media from Wilson College, Mumbai. 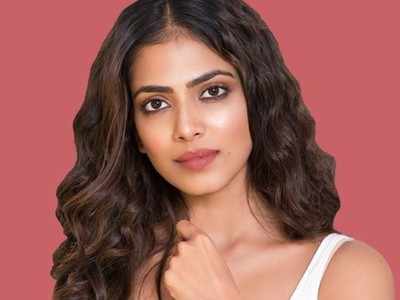 Malavika Mohanan Facts:
*Born on August 4, 1993 in Payyanur, India, she grew up in Mumbai.
*She wanted to become a film director or cinematographer.
*She graduated from Wilson College with a degree in Mass Media.
*She made her acting debut in 2013 with the romantic drama Pattam Pole opposite Dulquer Salmaan.
*Her celebrity crush is Canadian actor Ryan Gosling and Ranbir Kapoor.
*She is a big fan of American filmmaker Quentin Tarantino‘s movies.
*Follow her on Twitter, Facebook and Instagram.