Tony Bennett is an American basketball coach and former player who has been the head coach at University of Virginia since 2009. Bennett is one of just three former NBA players to have won the NCAA Championship as a head coach and, as of 2020, the only one who is an active NCAA coach. He is also the only active coach to have won the Henry Iba Award for national coach of the year three times, and is a four-time ACC Coach of the Year. 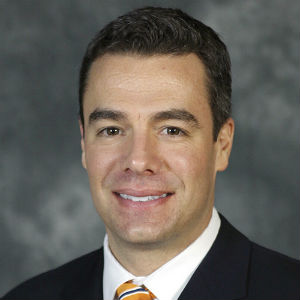 Born Anthony Guy Bennett on June 1, 1969 in Clintonville, Wisconsin, to parents Anne and Dick Bennett, former college basketball coach, his sister is former Northern Illinois women’s basketball head coach Kathi Bennett. Bennett was educated at Preble High School and University of Wisconsin-Green Bay, where he played college basketball and was twice named conference player of the year. He also played three seasons with the NBA’s Charlotte Hornets. He is married and has two children, one daughter and one son.

Tony Bennett Facts:
*He was born on June 1, 1969 in Clintonville, Wisconsin, USA.
*He is the son of former college basketball coach, Dick Bennett.
*He began coaching the University of Virginia men’s basketball team in 2009.
*He led Virginia to an NCAA Championship in 2019.
*He became just the third coach in ACC history to post back-to-back 30-win seasons after Mike Krzyzewski and Roy Williams.
*He is a Christian and would likely have become a pastor if not a college basketball coach.