Manoj Kumar is an Indian actor and film director. He is best known for his roles in such films as Hariyali Aur Raasta, Woh Kaun Thi?, Himalay Ki God Mein, Do Badan, Upkar, Patthar Ke Sanam, Neel Kamal, Purab Aur Paschim, Beimaan, Roti Kapda Aur Makaan, Dus Numbri, Shor, Sanyasi, and Kranti. In 1992, Kumar was awarded with the Padma Shri by the Government of India, and was honored with the prestigious Filmfare Lifetime Achievement Award in 1999. 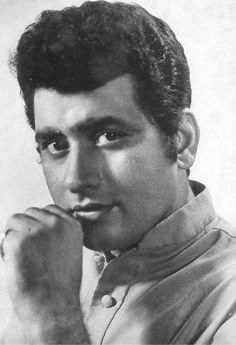 Manoj Kumar Facts:
*He was born on July 24, 1937 in Abbottabad, North-West Frontier Province, British India.
*He earned a degree from Hindu College at the University of Delhi.
*He admired actors Dilip Kumar, Ashok Kumar and Kamini Kaushal while he was young.
*He named himself Manoj Kumar, after Dilip Kumar’s character in Shabnam.
*He was popularly known as “Mr Bharat” as he made movies on patriotism and was a thorough patriot.
*He won Best Movie, Best Director and Best Story Awards for his work in the film Upkaar.
*He had two sons, Kunal and Vishal, with his wife Shashi Goswami.