Marc Murphy is an Italian professional chef, restaurateur and television food personality who frequently appears as a judge on The Food Network series Chopped. He has worked in the highly esteemed kitchens of Le Miraville in Paris, Alain Ducasse’s Louis XV in Monte Carlo, and Le Cirque in New York. In June 2019, Murphy launched a podcast, Food 360 with Marc Murphy in collaboration with HowStuffWorks. 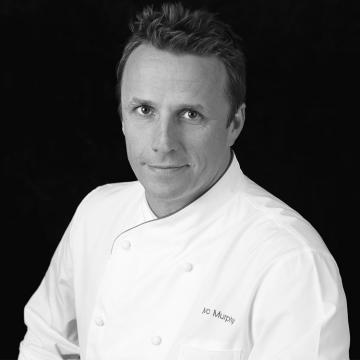 Born on February 6, 1969 in Milan, Italy, he grew up across the world in cosmopolitan destinations such as Paris, Milan, Villefranche, Washington DC, Rome, and Genoa. Murphy graduated from Fryeburg Academy in 1988 and attended school at the Institute of Culinary Education. He is married to Pamela Schein Murphy with whom he has a daughter named Campbell and a son named Callen.

Marc Murphy Facts:
*He was born on February 6, 1969 in Milan, Italy.
*He was raised in Italy and France because his father was a diplomat.
*He began his culinary career as a line cook at Prix Fixe in New York.
*He was the Executive Chef at Cellar in the Sky at Windows on the World in the World Trade Center, La Fourchette, and Chinoiserie.
*Visit his official website: www.marc-murphy.com
*Follow him on Twitter and Instagram.