Selma Blair is an American actress of film, television, and theatre. She is best known for portraying Liz Sherman in the supernatural superhero film series Hellboy. She played Vivian Kensington in the 2001 comedy Legally Blonde, and portrayed Jane Burns in the 2002 comedy The Sweetest Thing. Her other memorable roles include Columbus Circle, Cruel Intentions, Storytelling, A Guy Thing, The Fog, Feast of Love, Mothers and Daughters, Ordinary World, and Dark Horse. For her narration of the 2011 documentary The Diary of Anne Frank, she earned a Grammy Award nomination for Best Spoken Word Album for Children. Born Selma Blair Beitner on June 23, 1972 in Southfield, Michigan, to Elliot and Molly Ann Beitner, she is of Polish Jewish and Russian Jewish on her father’s side, and of Russian Jewish, Ukrainian Jewish and English descent on her mother’s side. She is a 1994 graduate of University of Michigan. She was married to Ahmet Zappa from 2004 to 2006. She was previously in a relationship with Jason Bleick from 2010 to 2012 with whom she had a son in July 2011. 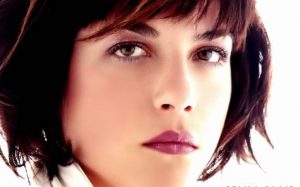 Selma Blair Facts:
*She is the youngest child in her family.
*She started her career in 1995.
*She enjoys horseback riding and ice skating.
*She is best friends with actress Reese Witherspoon.
*She cites Sissy Spacek, Julie Hagerty, and Judy Davis as her influences.
*Follow her on Twitter and Instagram.