Marisa Warrington is an English-Australian actress and singer who is best known for her portrayal of Sindi Watts in the Australian soap opera Neighbours, a role she played from 2002 to 2005 and from 2017 to 2018. She was also lead singer of the band “Lucy de Ville” alongside her former Neighbours co-star Marcella Russo. In 2009, Warrington had a guest role on comedy series Mark Loves Sharon and in 2011 appeared in television series Winners & Losers. 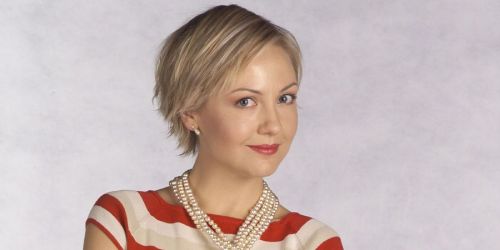 Born Marisa Michelle Warrington in Enfield, London, England, Warrington moved to Australia when she was three, with her English father and Australian mother. She attended The Australian Ballet School and graduated from a 3 year acting course with the National Theatre Drama School in 1996.

Marisa Warrington Facts:
*She was born in 1973 in Enfield, London, England, to an English father and Australian mother.
*From the age of five trained in ballet for 13 years at the Australian Ballet School, where her schedule also included training as a gymnast.
*She made her debut as Sindi Watts on Neighbours on a recurring basis in 2002.
*She formed the band Lucy De Ville with fellow Neighbours actress Marcella Russo and colleague Shaun Gardener.