Mark Prendergast is an Irish musician, best known as a guitarist of Dublin-based Irish alternative rock quartet Kodaline, which he founded in 2005 with his childhood friend Steve Garrigan. The other members of the group are Vincent May and Jason Boland. They have released three studio albums: In a Perfect World, Coming Up for Air, and Politics of Living. 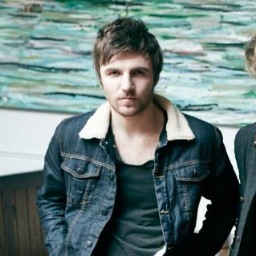 Mark Prendergast Facts:
*He was born on 16 January 1989 in Swords, Dublin, Ireland.
*He has been playing guitar since the age of 11.
*He wrote the song ‘Talk’ about an ex-girlfriend.
*In 2005, Prendergast and his childhood friend Steve Garrigan founded Kodaline, originally named 21 Demands.
*Kodaline released their first studio album, In a Perfect World on June 17, 2013.
*His band won a 2013 European Border Breakers Award.
*Kodaline’s second album Coming Up for Air reached the number 1 on the Irish Albums Chart.
*He is a big fan of LCD soundsystem, The beatles and Radiohead.
*In March 2020, during the 2019–20 coronavirus pandemic, Prendergast revealed he had COVID-19.
*Follow him on Facebook and Twitter.