Mary Elizabeth Winstead is an American actress and singer. She is best known for being a Scream Queen in such films as Final Destination 3, Death Proof, Abraham Lincoln: Vampire Hunter, The Thing: The Beginning and Black Christmas. She played Lucy Gennero-McClane in Live Free or Die Hard. In 2013, she formed the music duo Got a Girl with Dan the Automator. Born on November 28, 1984 in Rocky Mount, North Carolina, to James Ronald Winstead and Betty Lou Knight, she grew up in Salt Lake City and North Carolina. She belongs to Scots-Irish and English descent. She has three older sisters and an older brother. She was married to film director and television writer Riley Stearns from 2010 to 2017. 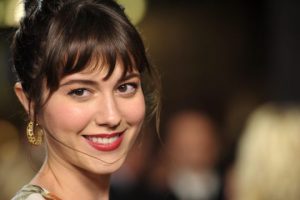 Mary Elizabeth Winstead Facts:
*She is the youngest of five children.
*She was raised as a Southern Baptist.
*She ranked #75 in 2008 and #88 in 2009 in FHM’s 100 Sexiest Women in the World editions.
*She was listed #10 on Maxim’s “Hottest Women of Horror Movies” list.
*Her hobbies include cooking, dancing, and singing.
*Follow her on Facebook.