Nick Cannon is an American rapper, actor, comedian, record producer, entrepreneur and television personality. He is best known as the host of The Nick Cannon Show, Wild ‘N Out, and America’s Got Talent. He released debut album titled ‘Nick Cannon’ with the hit single “Gigolo” in collaboration with R. Kelly in 2003. His film credits include Roll Bounce, Drumline and Love Don’t Cost a Thing. He earned his first taste of fame during a stand up comedy routine on a local cable network at age 11. Born Nicholas Scott Cannon on October 8, 1980 in San Diego, California, to James Cannon and Beth Gardner, his parents separated when he was young. He is a 1998 graduate of Monte Vista High School. He married singer and actress Mariah Carey in 2008, and the couple had twins named Moroccan and Monroe in 2011 before getting divorced in 2016. 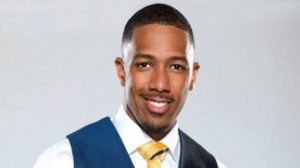