Gigi Hadid is an American fashion model, actress and tv personality. She is best known for being a Sports illustrated model. She was named one of 12 rookies in Sports illustrated annual issue in 2014. She has appeared on the cover of fashion magazines such as Vogue, Harper’s Bazaar, Elle, WSJ Magazine, Allure and W Magazine. She has also made several appearances on The Real Housewives of Beverly Hills. In 2012, she was the face of the upscale clothing line brand Guess. Born as Jelena Noura Hadid on April 23, 1995 in Los Angeles, California, to Yolanda Foster and Mohamed Hadid, her mother is a former model and her father is a real estate developer. She is of Palestinian descent on her father’s side, and of Dutch on her mother’s side. Her younger sister Bella and a younger brother Anwar are also models. She was in a relationship with Joe Jonas for five months in 2015. Since November 2015, she is in a relationship with former One Direction star Zayn Malik. They welcomed their first child together, a daughter named Khai, in September 2020. 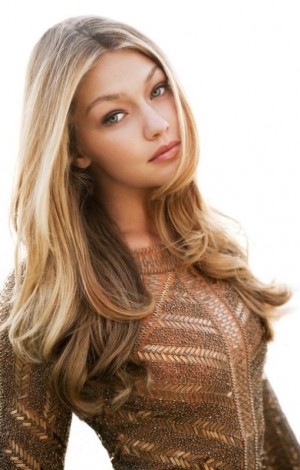 Gigi Hadid Facts:
*She belongs to Dutch and Palestinian descent.
*She began modeling at the age of 2.
*She first signed with IMG models in 2011.
*She was named as the face of the guess campaign in 2012.
*She appeared in Sports Illustrated Swimsuit Issue 2014, 2015 and 2016.
*She appeared in 2015 Pirelli Calendar in Latex.
*She was named Tommy Hilfiger’s global brand ambassador on December 17, 2015.
*She was named International Model of the Year by the British Fashion Council in 2016.
*She was in a relationship with singer Cody Simpson from 2013 to May 2015.
*Visit her official website: www.gigihadid.com
*Follow her on Twitter, Facebook and Instagram.