Matt Bardock is an English actor. He is best known for roles such as Jeff Collier in Casualty, DS Davey Higgins in The Coroner, DS Clive Barnard in A Touch of Frost, Albie in The Lakes and Mark Craig in New Blood. In 2004, he appeared as murder suspect Scott Burnett in The Bill. Born Matthew Arthur Bardock on April 5, 1969 in Coulsdon, United Kingdom, he was educated at Woodcote High School. He made his television debut in 1992, appearing in the series Prime Suspect. In 2016 he began starring in the BBC Drama New Blood. He is married and has one daughter. 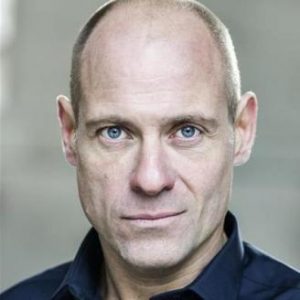 Matt Bardock Facts:
*He was born on April 5, 1969 in Coulsdon, United Kingdom.
*He attended Woodcote High School in Coulsdon, Surrey.
*He began his television career in 1992.
*He currently lives in Surrey with his wife, daughter and a staffie called Maisie.
*Follow him on Twitter.