Michael Cera is a Canadian actor, comedian, musician, and producer. He is best known for his portrayal of George Michael Bluth on the sitcom Arrested Development, and for his roles in the films Superbad, Juno, Scott Pilgrim vs. the World, and This Is the End. Cera was nominated for a Tony Award as Best Featured Actor in a Play for his performance in the 2018 production of Lonergan’s Lobby Hero. He has also done voice work in The Lego Batman Movie, Sausage Party, and Childrens Hospital. 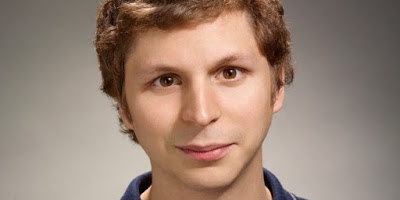 Born Michael Austin Cera on June 7, 1988 in Brampton, Ontario, Canada, to parents Linda and Luigi Cera, he is of Sicilian descent on his father’s side, and of Irish, Dutch, Scottish, and English descent on his mother’s side. Cera has an older sister named Jordan, and a younger sister named Molly. He was educated at Conestoga Public School, Robert H. Lagerquist Senior Public School and Heart Lake Secondary School until the grade nine, and then completed his high school education via correspondence. Cera became interested in acting after watching Ghostbusters numerous times while sick with the chicken pox. He started his career as a child actor, playing a young Chuck Barris in Confessions of a Dangerous Mind.

Michael Cera Facts:
*Born on June 7, 1988 in Brampton, Ontario, Canada, both of his parents worked for Xerox.
*His ancestry includes Sicilian, Irish, Dutch, Scottish, and English.
*He took improvisation classes at The Second City Toronto.
*He made his Broadway debut in the 2014 production of Kenneth Lonergan’s This Is Our Youth.
*He was ranked #1 on Entertainment Weekly’s ’30 Under 30′ the actors list in 2008.
*He plays guitar in his free time.
*He owns a house in Toronto and New York.
*Follow him on YouTube.