Mawra Hocane is a model and actress from Karachi, Pakistan. She became recognized for her roles in such Pakistani television series as, Ik Tamanna Lahasil Si, Aahista Aahista and Nikhar Gaye Gulab Sare. For her performance in Nikhar Gaye Gulab Sare, she received 2013 Hum Award nomination. She made her Hindi film debut in Sanam Teri Kasam (2016). She was born Mawra Hussain on September 28, 1992, in Karachi and was raised in Islamabad. She has one older sister, Urwa, who is also a television actress and model. 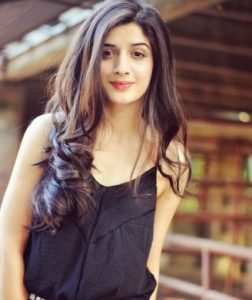 Mawra Hocane Facts:
*She began her career as a VJ.
*She holds a diploma in Law from the University of London.
*She has appeared in numerous television commercials as a model.
*Follow her on Twitter, Facebook and Instagram.