Max Irons is a British actor and model. He is best known for his roles in the films Red Riding Hood, Bitter Harvest, The White Queen, The Host, Woman in Gold, The Riot Club, and The Wife. From 2018 to 2020, Irons starred as Joseph Turner in the spy thriller series Condor. 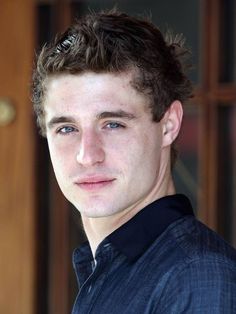 Born Maximilian Paul Diarmuid Irons on October 17, 1985 in Camden, London, England, he is the son of Irish actress Sinéad Cusack and English actor Jeremy Irons, and younger brother of Samuel Irons. Irons graduated from the Guildhall School of Music and Drama in 2008. He married Sophie Pera, fashion director for Tatler, in Oxfordshire, in November 2019.

Max Irons Facts:
*Born on October 17, 1985 in Camden, London, England, he is of Irish and English descent.
*He is the son of Jeremy Irons and Sinéad Cusack, and grandson of Cyril Cusack and Maureen Cusack.
*He is the nephew of Niamh Cusack, Paul Cusack, Pádraig Cusack, Sorcha Cusack and Catherine Cusack.
*He had his breakout role as Henry in the 2011 film Red Riding Hood.
*He was named one of GQ’s 50 best-dressed British men in 2015.
*He dated Emily Browning in 2011.
*He is good friends with fellow actor Jake Abel.
*Visit his official website: www.max-irons.com