Meg Ryan is an American actress and producer. She is best known for her roles in the films When Harry Met Sally, Sleepless in Seattle, French Kiss, Kate & Leopold and You’ve Got Mail. Her other well-known films include The Doors, Anastasia, When a Man Loves a Woman, Courage Under Fire, Addicted to Love, City of Angels, Proof of Life, and The Women. Her television credits include One of the Boys, Charles in Charge, Web Therapy, and Wildside. In 2015, Ryan made her directorial debut with Ithaca, a film in which she also acted. Born Margaret Mary Emily Anne Hyra on November 19, 1961 in Fairfield, Connecticut, to parents Susan and Harry Hyra, she has two sisters named Dana and Annie, and a brother named Andrew. She was married to Dennis Quaid from 1991 to 2001. From 2018-2019, Ryan was engaged to singer-songwriter John Mellencamp. 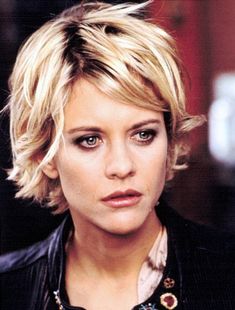 Meg Ryan Facts:
*Born on November 19, 1961 in Fairfield, Connecticut, she is of Polish descent on her father’s side.
*She was raised Catholic and attended St. Pius X Elementary School in Fairfield.
*Her parents divorced in 1976 when she was 15 years old.
*She graduated from Bethel High School in 1979.
*She made her film debut in George Cukor’s Rich and Famous (1981).
*She was was ranked #59 on Entertainment Weekly’s most powerful people in Hollywood in 1998.
*She was ranked #57 in Premiere (USA) magazine’s “The 100 Most Powerful People in Hollywood” list in June 1999.
*Follow her on Twitter, Facebook and Instagram.