Melis Sezen is a Turkish actress. She is best known for the television work on series such as Sadakatsiz, Ya İstiklal Ya Ölüm, Sevgili Geçmiş, and Leke. She had a supporting roles in Siyah İnci and Hayat Bazen Tatlıdır. Sezen has also appeared in the films Tilki Yuvası, Mucize 2: Aşk, and Dünya Hali. 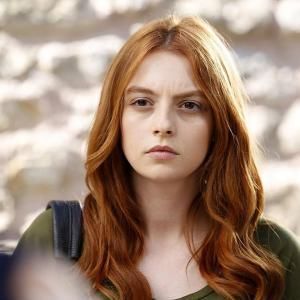 Born on January 2, 1997 in İstanbul, Turkey, to parents Nursel and Cüneyt Sezen, she has a younger brother named Polat. Sezen did her schooling from Selimpaşa Atatürk Anatolian High School, and attended Koc University. In 2020, it was rumoured that Melis dated Turkish singer Murat Dalkılıç.

Melis Sezen Facts:
*She was born on January 2, 1997 in Istanbul, Turkey.
*Her paternal family members are Albanian-Macedonian immigrants, while her maternal family members are from Thessaloniki.
*She received drama education from the age of 12, and received theater education for one year in Müjdat Gezen Art Center.
*She made her television debut with the TV series Hayat Bazen Tatlıdır.
*Her first major cinematic experience came in 2018 with a role in Bizim İçin Şampiyon.
*Follow her on Instagram.