Melonie Diaz is an American actress. She is known for her roles in films A Guide to Recognizing Your Saints (2006), Hamlet 2 (2008), Assassination of a High School President (2008), and The Cobbler (2014). Her television credits include Law & Order, Nip/Tuck, and Ro. In February 2018, she began starring in The CW’s fantasy drama series Charmed, a reboot of the 1998 series of the same name. Born on April 25, 1984 in New York City, New York, USA, her parents are of Puerto Rican descent. She has one older sister. She attended Manhattan’s Professional Performing Arts School, and earned a degree in Film Production at New York University’s Tisch School of the Arts. She made her film debut in 2001 with a supporting role in Tom DiCillo’s Double Whammy. 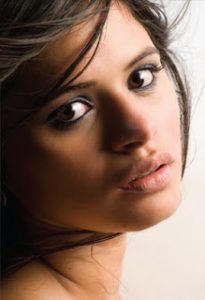 Melonie Diaz Facts:
*She was born on April 25, 1984 in New York City, New York, USA.
*She belongs to Puerto Rican descent.
*While attending the Henry Street Settlement, she was bitten by the acting bug.
*Follow her on Twitter and Tumblr.