Meredith Vieira is an Emmy Award-winning American journalist, talk show, game show host and anchor, who is co-host of The Today Show and a panel member on The View. Vieira was born Meredith Louise Vieira on December 30, 1953 in Providence, Rhode Island, the daughter of Mary Elsie Rosa Silveira Vieira and Edwin Vieira. She is the youngest of four children, with three older brothers named Edwin, Steve and Jeff. She has been married to Richard M. Cohen since June 1986. They have three children: daughter, Lily Max, and two sons, Benjamin Edwin, and Gabriel Anthony. 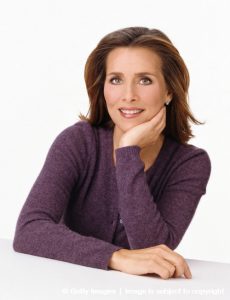 Meredith Vieira Facts:
*She is of Portuguese descent.
*She has a fear of bridges.
*Her older brother Edwin Vieira, Jr. is a political activist.
*She hosted the game show “Who Wants to Be a Millionaire”.
*She succeeded Katie Couric as the host of The Today Show in 2006.
*Follow Vieira on Twitter, Facebook, YouTube, and Instagram.