BamBam is a South Korea based Thai rapper and singer. He is best known as a member of the Korean boy group Got7. The group debuted in January 2014 with the EP Got It?, which debuted at #2 on the Gaon Albums Chart. The EP’s lead single “Girls Girls Girls” peaked at #21 on the Gaon Singles Chart. BamBam made his film debut as Wong Wai-han’s son in the 2012 horror film Fairy Tale Killer. 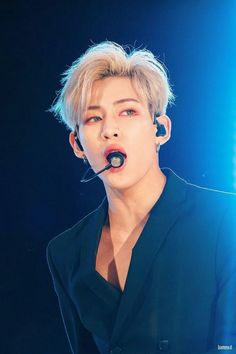 Born Kunpimook Bhuwakul on May 2, 1997 in Bangkok, Thailand, his siblings are Beer, Bank, and Baby. BamBam was educated at Saiaksorn Elementary School and Pramoch Witthaya Raminthra High School.

BamBam Facts:
*He was born on May 2, 1997 in Bangkok, Thailand.
*His name is derived from Bamm-Bamm Rubble of The Flintstones.
*Because of his mother, BamBam got interested in Korean culture and started dreaming of becoming a singer.
*He started learning to dance and sing when he was 10.
*He won the first prize in Thailand Rain Cover Dance Competition in 2007, and placed second in Thailand LG Entertainer Competition in 2010.
*At 13, he passed JYP World Tour Audition in Thailand, and moved to South Korea to become a trainee.
*Original member of the award-winning K-Pop boy band Got7 along with JB, Jackson Wang, Park Jin-Young, Mark Tuan, Youngjae and Kim Yugyeom.
*He has two pet cats, Pudding and Cupcake.
*He is proficient in Korean, Thai, and English.
*Follow him on Twitter and Instagram.