Elliot Page is a Canadian actor and producer who first gained attention with his role in the film and television series Pit Pony, for which he won a Young Artist Award. He had his breakthrough in 2007 while portraying the title character in the comedy-drama film Juno, earning nominations for an Academy Award, a BAFTA Award, a Critics’ Choice Award, a Golden Globe Award and a Screen Actors Guild Award. He also starred in The Tracey Fragments, Whip It, Super, Inception, Hard Candy, Last Stand, Tallulah, and Days of Future Past. He has also done voice work in the animated TV comedies The Simpsons and Family Guy. Page made his directorial debut with the 2019 documentary There’s Something in the Water. In 2019, he began starring as Vanya Hargreeves in the Netflix series The Umbrella Academy. 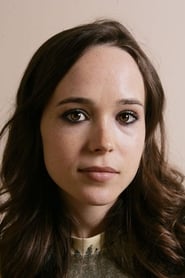 Born on February 21, 1987 in Halifax, Nova Scotia, Canada, to Dennis Page, a graphic designer, and Martha Phillpotts, a teacher, he was born female and was originally named Ellen Page. He publicly came out as a gay woman in February 2014 and subsequently as transgender in December 2020, and announced his new name as Elliot Page. He married dancer Emma Portner in January 2018.

Elliot Page Facts:
*Born on February 21, 1987 in Halifax, Nova Scotia, Canada, his parents are Dennis Page and Martha Philpotts.
*He began acting in school plays at the age of 4.
*He had a recurring roles in Trailer Park Boys and ReGenesis.
*He is friends with Olivia Thirlby.
*He is close friends with Kate Mara.
*He considers Patti Smith his role model and Meryl Streep and Kate Winslet his favorite actresses.
*He is good friends with Ben Foster and Alia Shawkat.
*He came out as transgender and non-binary on December 1, 2020.
*Follow him on Facebook and Instagram.