Michael Ealy is an American actor. He is best known for his roles in the films Barbershop, 2 Fast 2 Furious, Takers, Seven Pounds, Think Like a Man, About Last Night, Think Like a Man Too, For Colored Girls, The Perfect Guy, and The Intruder. His television credits include work for such series as Sleeper Cell, FlashForward, The Good Wife, Californication, Common Law, Almost Human, The Following, Secrets and Lies, Being Mary Jane, and Stumptown. Born Michael Brown on August 3, 1973 in Silver Spring, Maryland, his mother worked for IBM while his father worked in the grocery business. He completed his schooling from Springbrook High School and graduated from the University of Maryland in College Park, Maryland with a degree in English. Among his first film roles were Bad Company and Kissing Jessica Stein. He has been married to Khatira Rafiqzada since October 2012. They have two children; a son, Elijah, and a daughter, Harlem. 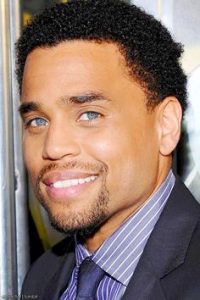 Michael Ealy Facts:
*He was born on August 3, 1973 in Silver Spring, Maryland, USA.
*He was educated at Springbrook High School and University of Maryland.
*He started his acting career in the late 1990s.
*He was featured on Mariah Carey’s music video for her hit single “Get Your Number”.
*Follow him on Twitter and Instagram.